Learning the different passion points for why people follow sporting codes and teams will give businesses an advantage in terms of connecting to various international markets. That’s the argument of Andrew Clarke, agency director at Octagon Australia, who discusses the unique fan psychologies which sports marketers need to tap into.

Clarke is one of the speakers at the upcoming Ministry of Sports Marketing conference to be held at Sydney’s iconic Randwick Racecourse on 19th July. He will be on a panel discussion ‘Key Differences Between The Asian and Australian Sports Fan’ with Ben Slack, manager of business development at Tennis Australia. In this article, Slack described the difference between Tennis Australia’s commercial partnerships experience in China and Australia.

In 2014, Octagon Australia released a global study ‘Passion Drivers’ which looked at why fans are motivated to watch a sporting code. There were 13 different passion points for fans; each passion was dependent on characteristics like the size of the market or the maturity of the sport.

Two passion drivers Clarke described was ‘player excitement’ and ‘player affinity’. Player excitement describes people who are fans of football because of certain big names. Think Cristiano Ronaldo: “There’s a certain theater and ability, Ronaldo is a perfect example of someone who gets people on the edge of their seats because they know something amazing is going to happen.” Player affinity describes people who aren’t excited by the game necessarily, but a player. Think David Beckham: “It’s more about liking in the person on the field but really interested in their life outside the game.”

Clarke argues this means for marketers wanting to tap into different markets it’s all about understanding the different reasons why people watch a sport. It becomes a shortcut:

“When we look at this study across the globe, even in one sport it can be vastly different from one country to the next. Football for example, it’s a hugely developing sport here in Australia but it’s still an immature market compared to globally.  So what motivates a football fan in Australia? The fact that fans have played the game before- so because you have a direct understanding of the way the game is played and an appreciation of the game that’s what’s driven fandom in the early stage of footballs life in Australia.

“Australia is rapidly moving towards a mature football market, we’ll be there in the next five years we estimate. So what that means for sponsors, particularly in Australia, if you can tap into the patterns of tribalism early than you can start to demonstrate that you’re a brand that understand s who the fans energy is moving towards a different way of consuming sports.

“If you’re a brand that has an interest to talk through football in China, where there isn’t a Chinese Football League (the’re the K-League, J-League and A-League). So if you want to target a Chinese football fan you’re going have to go through a player because you don’t have the domestic league. It just helps you understand from a different perspective who are the influential players across the regions and the passion driver.”

Check out the final program details and make sure you grab tickets to the conference and awards here. Use the code BANDT to save $100 on tickets.

Thanks to all these amazing sponsors: 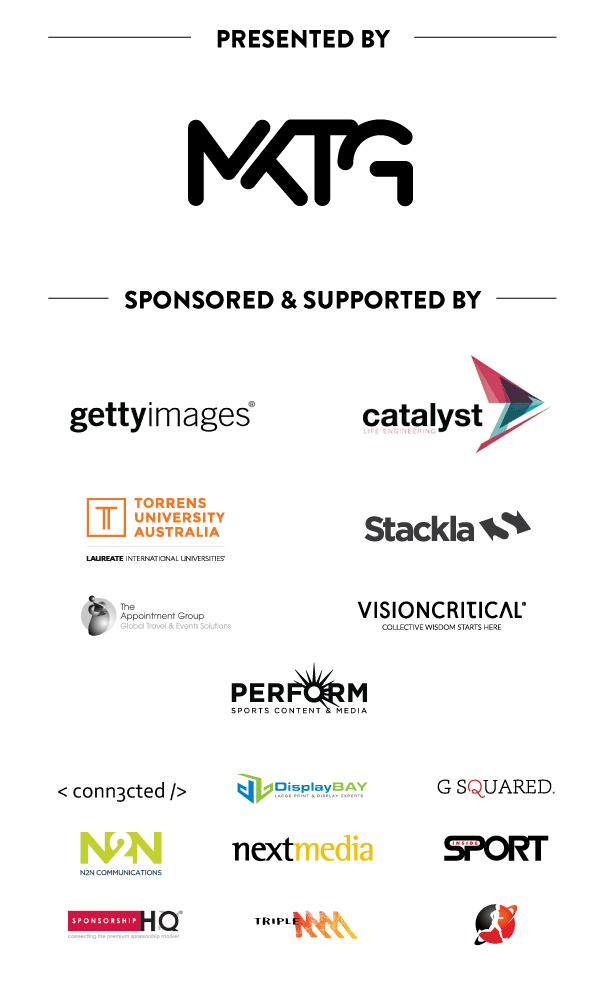