Amber Harrison has scored a badly needed win after the lawyers who initially represented her in her sexual harassment case against Channel Seven agreed to forgo the $330,000 the former PA owes them.

Harrison had threatened to sue Melbourne’s Harmers Workplace Lawyers over the initial handling of her case surrounding her two-year affair with CEO, Tim Worner; however, she has agreed she won’t take any legal action in return for the legal firm waiving the outstanding monies. 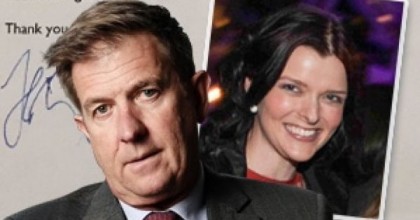 Under the agreement, revealed by News Corp websites today, Harrison won’t have to pay the mammoth bill owing, however, cannot take any further legal action against Harmers.

It’s believed the 39-year-old Harrison hasn’t worked since leaving Seven in 2014, is nigh on broke and is living with her parents in Melbourne.

Interestingly, as part of Harrison’s original termination payout from Seven in 2014, Seven actually paid $50,000 of the Harmer’s bill. At the time Harmers managed to procure Harrison a $366,000 payout to exit the broadcaster ($100,000 of which was personally paid by Worner), despite claims she’d used company credits for personal use to the tune of more than $250,000. This is still in dispute.

As part of the original termination arranged by Harmers, Harrison was required to return personal items – including mobiles, laptops and correspondence between herself and Worner – that she’d taken from Seven during her employment. When she refused, her relationship with Harmers soured and Seven stopped the payments.

Harrison went public with the affair in December 2016, despite a confidentiality agreement being in place. Many believe the public airing of the consensual affair with the married Worner was an attempt to extract more hush money from Seven.

When the affair first became public, there had been media reports that Harrison was seeking as much as $2 million from Seven.

The broadcaster’s legal team and even members of the Seven board have publicly stated that they are unwilling to pay Harrison a further cent.

However, Harrison’s legal battles with Seven are still far from over, despite a judge recently ordering the two warring parties into mediation. It’s unclear if this ever took place.

Harrison, who is now represented by prominent QC Julian Burnside on a pro bono basis, is still seeking to sue Seven West Media in the Victorian Supreme Court for failing to provide a safe workplace.