The latest third-party annual research conducted on behalf of  AMAA (Audited Media Association of Australia) hows media channel trust is a key influencer in media investment, with 86 per cent of industry respondents agreeing that where there is trust, there is more willingness to spend. 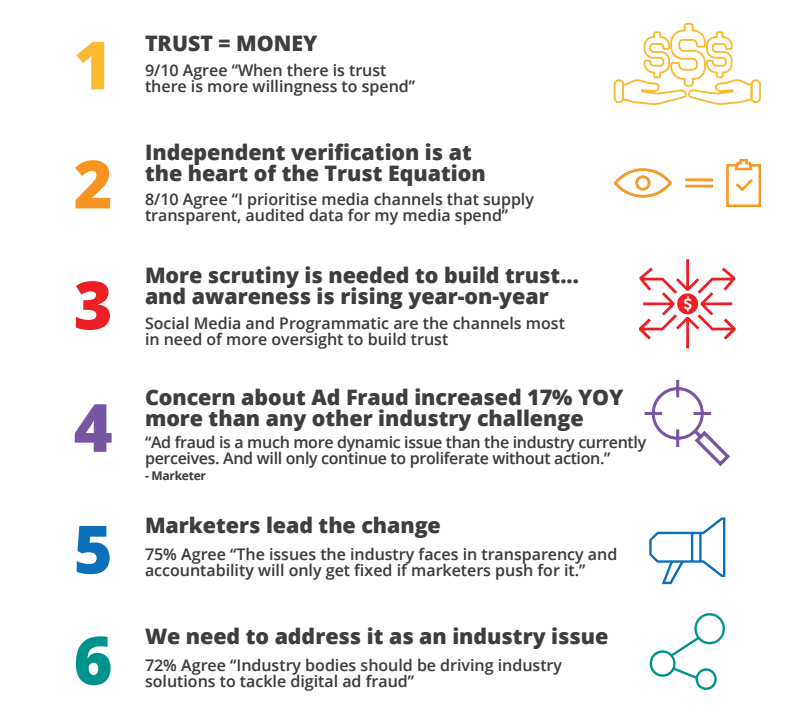 “Trust is the invisible thread that influences media buying decisions. Advertising trading doesn’t run solely on analytics and money – it also runs on trust. The 310 marketers and media professionals who completed our survey provided feedback on the issues affecting trust levels and how the industry can step up to collectively address them,” AMAA CEO Josanne Ryan said.
While proof of performance and cross-media audience metrics remained the top two industry concerns, awareness of ad fraud increased more than any other industry issue – up 17 per cent year-on-year to 44 per cent.
And it is independent industry bodies that should be taking the lead with solutions according to 72 per cent of respondents.
When it comes to digital channels, there was an across-the-board increase in the desire for more industry oversight to build trust – the top channels noted were programmatic trading, social media, online video/streaming and mobile.
The impetus for increased programmatic trading transparency is intensified with the survey indicating that more than half of online media will be bought programmatically within three years.
Programmatic is clearly on the radar of agencies, with a much higher proportion of agency respondents – 80 per cent compared to 32 per cent of marketers – indicating that this channel needs to build trust.
The industry also recognised the role of marketers as the leaders of change with three-quarters of respondents agreeing that the industry issues of transparency and accountability need their focus.
Advertise with us
Connect with:
LinkedIn