The World Association of Newspapers and News Publishers(WAN-IFRA), announced The Age has the best tablet app in the world in Amsterdam this week.

The global awards recognise publishers who have created ground-breaking digital products that engage readers while growing their online business.

The judges praised The Age for ”producing an outstanding tablet experience for readers old and new”, stating that The Age’s ”excellent app” deserves its high take-up figures. 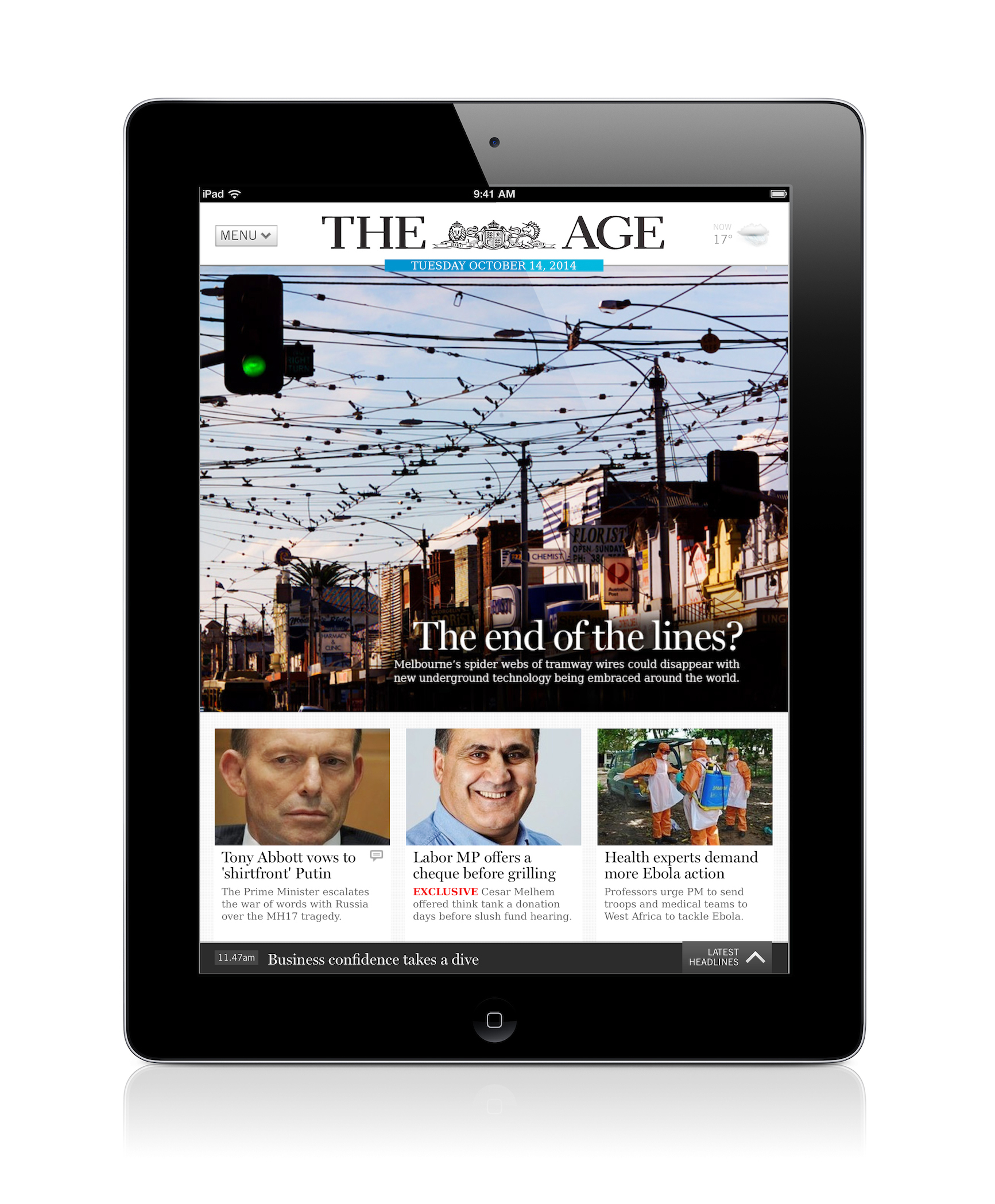 There were more than 200 entries from around the world.

The Age has a cross-platform reach of 3.4 million people per month* and has experienced substantial audience growth via mobile devices and the app.

Each month, the app is used by tens of thousands of readers in 5,000 cities and towns around the globe, averaging 60 million page views.

The Age editor-in-chief Andrew Holden said: “The award was a deserved recognition of an incredible iPad team led by app editor Fergus Shiel and backed by outstanding journalism from the entire newsroom. This is the highest recognition for a tablet app.

“A fitting tribute to the dedication of our staff and a ringing endorsement of The Age’s embrace of digital and online journalism,” Holden continued.

The Age tablet app editor Fergus Shiel, who will accept the award in Singapore next month, said WAN-IFRA’s recognition was a credit to the app’s small production team and to all the reporters, sub-editors, photographers and artists at The Age.

”We would like to thank our devoted readers for their continued support for the app and their strong belief in our journalism,” he said.

Since its launch in 2010, The Age tablet app has garnered awards in Asia and Australia but this award is considered the most prestigious.