The AFL has been left red-faced after hyping up a game between St Kilda and Port Adelaide in Shanghai, which in reality turned out to be an utter flop.

The game was advertised as a sell-out match, but the photos from Sunday’s game have revealed a different story.

More than half the crowd was missing at Shanghai’s Jiangwan Stadium, and social media were quick to point out the empty chairs.

One person tweeted: “This must be the least crowded place in China.”

Another said: “Shanghai falling in love with the game. 0.002 per cent of the city packing the occasional seat.” 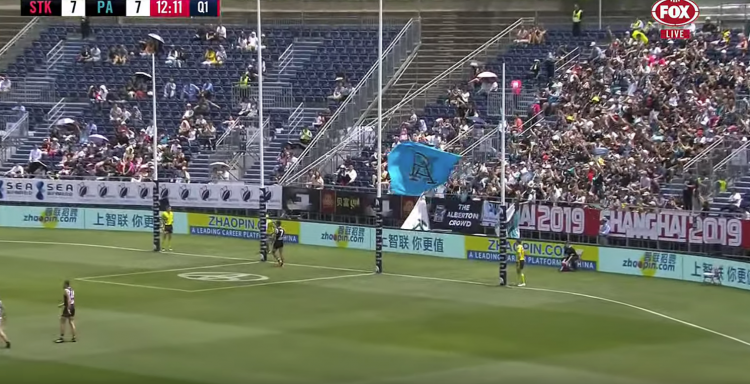 The AFL’s decision to head to China has been an issue of contention for the past few years, as many people, perhaps rightly so, saw it as a waste of money.

AFL chief executive Gillion McLachlan has no qualms about the empty stadiums, however, telling afl.com.au it was a “big risk” but it was starting to pay off.

He said: “This is our third year and it’s been going well. 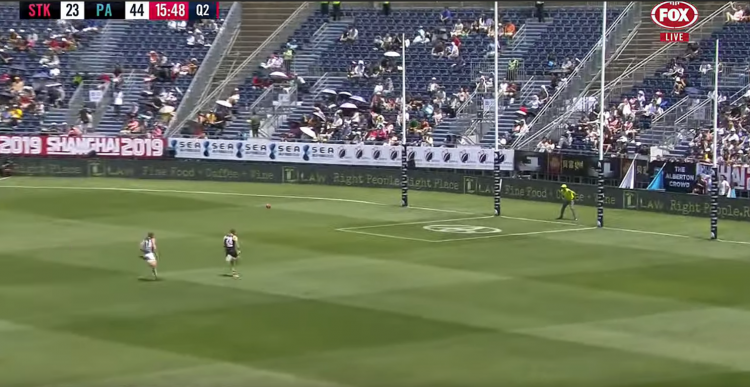 “The game has been breaking even since year one, and that first couple of years has been significant.

“It takes time to build relationships but if you take a medium-term view, as I said, three-to-five years, then there are proper targets, because we believe in our game and we believe in the opportunities with Chinese business.”