The Advertising Standards Board (ASB) has ruled against a anti-same sex marriage group Marriage Alliance’s social media photo featuring a woman sitting at her office desk with a multi-coloured rope attached to her neck, with an accompanying text which reads: ‘same sex marriage increases PC bullying in the workplace’.

Social media attacked the ad for its depiction of suicide, promoting hatred and exclusion, as well as being a totally unfounded link that heterosexual people would be suicidal after the legalisation of same sex marriage. 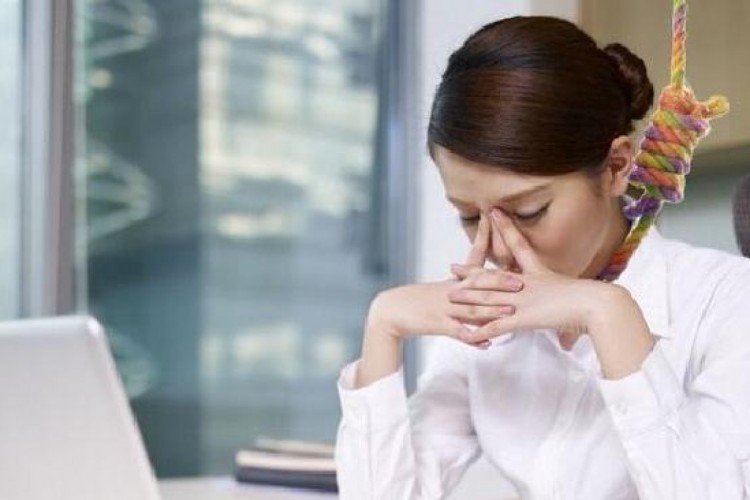 The ASB complaint said: “It is totally inappropriate and against community standards to depict suicide in an advertisement. Particularly, the depiction of a person seemingly about to commit suicide by a specific method, as is done in this advertisement, is highly distressing for friends and relatives of people who have died by suicide and people with a past history of suicidal ideation.

“The sad look of resignation on the woman’s face, the lack of other people in frame, and the rope leading off from the noose out of frame (presumably to the ceiling) all lead to the most obvious interpretation of the image being that the woman intends to commit suicide by hanging, and the accompanying text does not in any way dispel this impression.”

When the image was released the mental health advocacy group BeyondBlue tweeted the Marriage Alliance group:

@MarriageAll Hi admin, you may not have thought about it, but you may want to consider the harm that depicting someone in a noose may cause.

In response to the complaints, the Marriage Alliance said: “The Image is akin to an online “meme” which is a mere opinion represented in visual form. This particular image’s dominant purpose is political and connected to a politically orientated campaign. That campaign is presently focused on the opposition to the proposed legalisation of SSM, however the campaign is also couched in a broader and ongoing public debate concerning bioethics and sexual morality issues, as well as how free discussion of these issues is being stifled.

“The “noose” represents the choking and stifling effect of PC thought and speech policing that employees have suffered, as described in 2.1. The “rainbow” texture represents the ideological current of that PC policing. The woman’s demeanour illustrates the effect that this has on her emotionally and psychologically.”

But the ASB was not having it, the Board determined that “regardless of whether the image is suggestive of suicide or not the placement of a noose is a graphic depiction of an activity which leads to serious harm or death.

“The majority of the Board considered that the use of the word ‘suicide’ in the advertisement was a depiction of material contrary to Prevailing Community Standards on health and safety around mental health issues.”