In his latest guest post, B&T columnist and industry contrarian Robert Strohfeldt (pictured below) argues Nike’s latest campaign may have caused the shitstorm the brand hoped, but, in reality, it’s nothing we all haven’t seen before…

Work in any industry for over 30 years and you will see many changes. There is nothing worse than some old bastard saying, “things were better in my day”. But not all change is for the better. And you discover that what is touted as new today, the underlining principals are no different to 30 years ago. The jargon has changed, but the not the fundamentals. 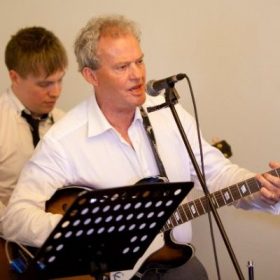 By far the biggest change has been within the attitudes and behaviours of the people in marketing and advertising, not consumers.

This article was written in 1997. Facts and figures that were being highlighted last year and earlier this year as “new” were plainly obvious 21 years ago!

What is a cult?

Many people of think of a Charles Manson type group when hearing the word cult i.e. something evil and totally removed from the mainstream.

Definitions three and four apply to advertising (and marketing).

There are many examples of cult like/group think that are dominating advertising today. It all started with the digital madness at the turn of the century.

Back then, digital media was the future and traditional media was yesterday. It didn’t quite work out that way. The past five years, in particular, has seen a realignment in thinking and the realisation that the term “digital” is past its use by date.

There’s no one size fits all and with so many platforms/media available, integration is a must, rather than either/or. (We won’t talk about the conflicts of interest, inaccuracies/inability to accurately measure online media etc. Books are being written on this).

Even so, as the industry preaches diversity, it moves closer and closer toward thinking as one – a cultish approach. Diversity is more than skin deep:

The reaction to the latest Nike ad, featuring Colin Kaepernick, further reinforced the cultish/group think attitude of the industry.

One of the other industry publications asked a number of “creative directors” their opinion. They all swooned over it.

They were all signing from the one hymn/cult book. I thought we were in the advertising business, not the preaching business.

One slight problem. It was all utter bullshit, not supported by historical fact.  There seems to be a lot of myth about Nike advertising.

The one thing they all have in common is broad appeal, not divisiveness.

It seems “Brand Purpose” is overriding commercial reality. One of the founders of Nike, Phil Knight, was once quoted as saying “I could not stand to even be in the same room as my competitors” (Reebok, Adidas etc.) He was all about winning (and money) at any cost.

I had the “pleasure” (pleasure not the right word) of meeting him once. A meaner, nastier guy you would not meet. If he thought that showing someone being lynched would sell more shoes, he would not hesitate to show it.

It has been recognised for decades, probably longer, that being good is good for business. Think Rotary or why ever major not for profit organisation has corporate sponsors? And yes, if you have been fortunate to make a few quid, you should give something back.

But turning advertising into a lobby group such a GetUp, Sleeping Giants etc. is a step too far. For a company to contribute it must be viable and profitable.

(Only socialists see that as evil and we have seen how socialism turns out!)

Brand purpose is a crazy, cultish concept, dreamed up by someone with no commercial sense of reality.

The great irony here though is they are trying to sell shoes – hoping the highlighting of Kaepernick’s stance will be commercially beneficial. If you think they are doing it for any other reason, then you may as well believe in Santa Claus and the Easter Bunny. (And join a cult)