The event was hosted for a most noble cause – raising money for UnLtd, a social purpose organisation that works to undo youth disadvantage. 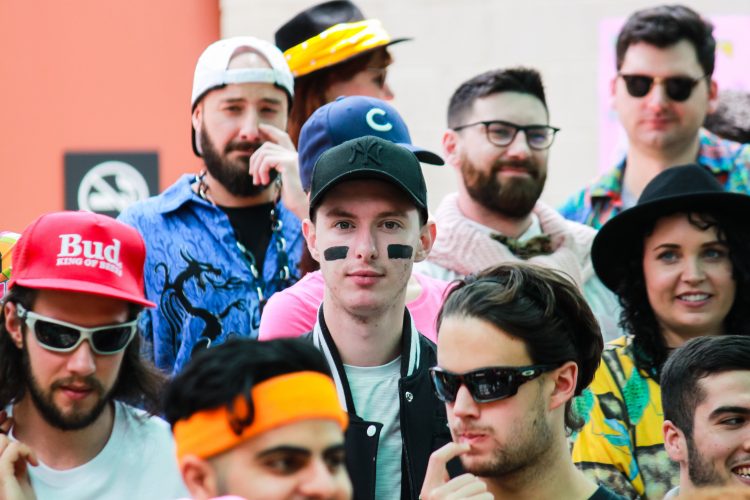 The inaugural Agency Games event was held in partnership with B&T and sponsored by Adobe who not only picked up the bar tab but also had a polaroid photobooth where agencies could choose a 90s themed background from Adobe Stock to pose in front of. RhythmOne also got behind the event with a ‘Making Connections That Matter’ trivia round.

The agencies came dressed up in decade appropriate attire and ready to play, with plenty of fluoro sweat bands, gold chains, crop tops, Nirvana tees and attitude on show.

Each agency fielded a team of 10 to compete in iconic 1990s schoolyard games including bullrush, handball, skipping, ping pong and street basketball. 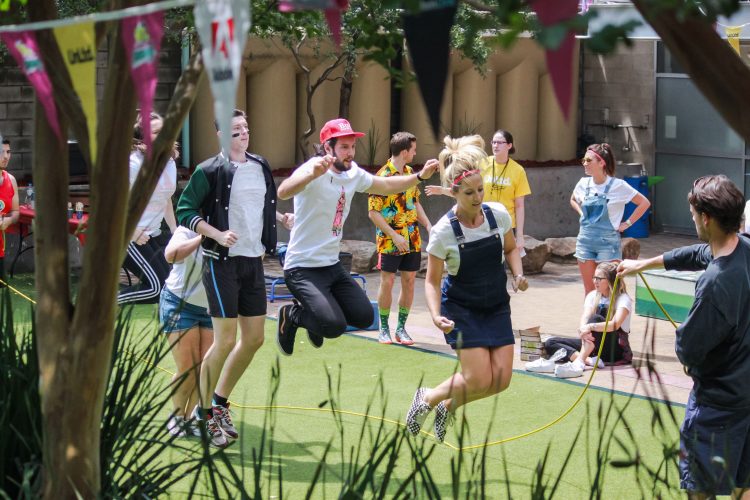 Following two hours of competition on the bitumen, teams then headed across the road to the Lord Glasgow Hotel to be tested on their brainpower in a round of 90s pub trivia with B&T’s very own quiz master Richie Kenzie on the mic. After trivia, Richie named Analog Folk (team name: Phat AF) the best dressed and once all the points scored in the games and the trivia were counted, OMD were crowned the 2017 Agency Games winners.

The winners were presented with a trophy welded by one of the charities UnLtd supports called backtrack which helps youth at risk in Armidale, NSW.

“This is another great event bringing together the media, marketing and creative industries to help children and young people at risk by supporting UnLtd, our industry’s social purpose organisation,” UnLtd CEO Paul Fisher said.