Adidas and Parley for the Oceans recently announced the return of Run For The Oceans, a global running movement that uses the power of sports to raise awareness for the threat of marine plastic pollution.

And, for the first one million kilometres, Adidas will match every kilometre run with one US dollar to support the Parley Ocean School program, which educates and empowers the next generation of Ocean Guardians through immersive experiences in the environment. How’s that for taking it to the next level?

The initiative was recently launched at an event in Bondi, which saw more than 200 athletes, media and ambassadors take part in a four kilometre run to Bronte and back to raise awareness for the threat of marine plastic pollution.

During the launch, B&T sat down with Shannon Morgan, Adidas brand activation director, to chat about the initiative, which he said has evolved significantly since it started.

“The partnership with Adidas and Parley started in 2015. The core purpose of why we came together was to prevent the pollution of marine plastics,” he said.

“Since then it’s evolved and what you see today is Run for the Ocean and this is the second year we’ve ran this event.

“It started in 2017 and the first event was held in New York and a few key cities, and we’ve looked to do this year is have the event you see today in all major cities,” Morgan added. 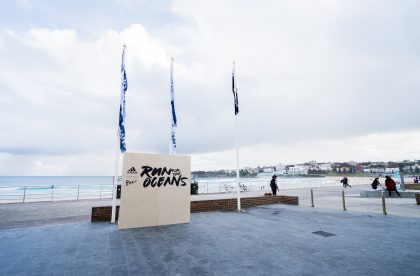 “Ultimately what Adidas is looking to do is donate one US dollar per kilmetre clocked up during Run for the Ocean, so that’s the goal and the purpose, but Run for the Ocean is really to drive awareness around marine plastics pollution,” Morgan explained.

With in-school program and water sports activities, Parley Ocean School introduces youth to the underwater world, teaching them about the impacts of marine plastic pollution and giving them the tools and inspiration to protect their future with Parley AIR (Avoid, Intercept, Redesign).

“The partnership between Adidas and Parley is extended and goes for many years beyond,” Morgan said.

“Run for the Oceans is just one of the many initiatives, so we’ll do that each year. Product is obviously another initiative, so we launched the Adidas Ultra Boost family of product.

“We launched our first shoe which had the Parley material thread in 2015. In 2018 we’re looking to have upwards of seven million products sold with Parley materials. 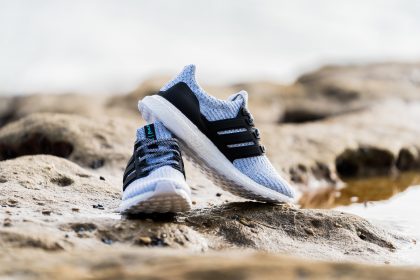 “So that’s a build-up of how we look to incorporate Parley into our products and it’s going to expand into many different categories. It started in footwear back in 2016, [and has since expanded] into numerous amounts of categories and products for the future, so it’s a long-term partnership,” he added.

Inspired by the fragility of the ocean, Adidas have revealed limited-edition UltraBOOST Parley and UltraBOOST X shoes, fusing performance-oriented footwear technology with re-claimed plastics. Each pair prevents around 11 plastic bottles from the possibility of entering our oceans.