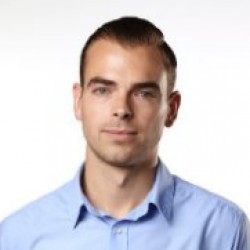 As well as the proposed acquisition of Base79 Limited and a placing of 75 million new ordinary shares by Cenkos, to raise £42 million ‘before Placing expenses’ at a price of 56 pence per share.

Strategic Rationale for the Acquisitions:

Charlie Muirhead, founder and CEO of Rightster, commented: “Acquiring Base79 and Viral Spiral is transformational for Rightster. Together, they more than double the number of content partners on Rightster’s 360 video distribution platform and catapult us past the 1 billion video views per month milestone, making Rightster the largest YouTube partner outside North America by reach and a top 5 partner in North America. Importantly, this greater scale and expertise improves the service we will be able to offer creators and publishers, improving our ability to both grow audiences and increase monetisation and positions us as a global leader in the exploding online video market for brands and media agencies.”

Ashley MacKenzie, founder and CEO of Base79, commented: “I am delighted that Base79 will now be able to offer an expanded range of services and support to both current and future customers. By joining forces with Rightster, we will be able to bring the expertise and industry relationships of the combined group across the world.”

Damian Collier, founder and CEO of Viral Spiral, commented: “Having worked with, and grown alongside, Rightster for the past 2 years, I am thrilled that we and our team are now joining forces with them and Base79 to enable us to offer the broadest possible range of multi-platform services and solutions to our customers globally, in an increasingly complex marketplace.”

A circular will be sent today to shareholders giving notice of a general meeting of Rightster to be held on Friday, 25 July, 2014 at 10.00 am at the offices of Covington & Burling, 265 Strand, London WC2R 1BH. A copy of the circular will be available on the Company’s website www.rightster.com.

Founded in May 2011 by CEO Charlie Muirhead, Rightster is a global business to business video network for 360° distribution, content-sourcing, audience engagement and monetisation. Rightster’s software and services make it simple for sports, fashion, news, entertainment and viral rights holders to enhance the value of their video whether on a licenced, ad-funded, direct to consumer or paid placement basis.

Rightster’s network currently stands at over 850 content owners and over 7,500 publishers. The Group employs approximately 183 staff in 10 offices across 10 countries.

This announcement explains the background to, and reasons for, the Acquisition and the Placing, why the Directors consider the Acquisition and the Placing to be in the best interests of the Company and its Shareholders as a whole and why the Directors recommend that you vote in favour of the Resolutions to be proposed at the General Meeting, notice of which is set out in the circular being posted to Shareholders today.

Charlie Muirhead (a Director), Vesuvius and Invesco Asset Management Limited (“IAML”), significant shareholders, who in aggregate have an interest in 90,903,091 existing issued Ordinary Shares, representing approximately 77.7 per cent. of the existing issued ordinary share capital of the Company, have irrevocably undertaken to vote in favour of the Resolutions to be proposed at the General Meeting.

Reasons for the Acquisitions

The Directors believe that a combination of Rightster, Base79 and Viral Spiral will significantly drive Rightster’s ability to grow in scale, both in its products and services as well as geographically, driving increased data reach and capabilities. Furthermore, these acquisitions will enhance Rightster’s software innovation, enabling Rightster’s technology and platform to be scaled across hundreds of new clients. These acquisitions will also grow Rightster’s off YouTube network, as well as its YouTube expertise, whilst retaining Rightster’s industry position as a leading independent player, with an even stronger senior leadership team.

Base79 is the largest YouTube Multi-channel Network outside North America.

Base79 creates global audiences for video, partnering with video rights holders and producers to build online audiences and brands, claim and protect their intellectual property, sell premium advertising, and generate new revenue streams on YouTube and other Over The Top platforms.

Based in London, with offices in Berlin, Paris, Madrid, Sydney and Los Angeles and a team of approximately 60, Base79 was formed in 2007 and generated £9.62 million of gross revenue, £3.27 million of revenue after commissions, with a loss before tax of approximately £3.74 million in 2013.

Products that Base79 offers

Viral Spiral connects brands with social video talent, representing over 1,500 social videos, including “Charlie Bit My Finger” and “Sneezing Panda”. Viral Spiral generates around 220 million views per month on YouTube and is a trusted guide to major brands & agencies worldwide seeking to engage next generation audiences.

Based in London with 13 staff, Viral Spiral was formed in 2011 and generated £1.9 million of revenue with a profit before tax of approximately £0.01 million in 2013.

Products that it offers include:

Details of the Placing

The Company has conditionally raised £40.9 million (net of Placing expenses) through the issue of 75 million Placing Shares at a share price of 56 pence per Placing Share. Application will be made for the Placing Shares to be admitted to trading on AIM (“Admission”) and such Admission is expected to become effective on Monday, 28 July 2014, following a General Meeting to be held at 10.00am on Friday 25 July 2014.

The Placing Shares will, when issued, rank in full for all dividends declared, made or paid after the date of their issue and otherwise pari passu with the existing issued ordinary shares.

Further details on the Placing will be included in the circular to be posted to shareholders later today.

Application has been made for the 950,120 Ordinary Shares to be issued to Viral Spiral (“Consideration Shares”) to be admitted to trading on AIM and such admission is expected to become effective on Friday, 11 July 2014.

As part of the Placing, it is proposed that IAML will subscribe, at the Placing Price, for 21,381,000 Placing Shares, which will represent approximately 11.1 per cent. of the Enlarged Share Capital. The proposed allotment and issue of the 21,381,000 Placing Shares to IAML will constitute a “Related Party Transaction” for the purpose of AIM Rule 13 as a result of IAML being a “substantial shareholder” as defined by the AIM Rules. As at the date of this document, IAML holds 28.5 per cent. of the existing issued Ordinary Shares. The Directors consider, having consulted with Cenkos, that the terms of the Related Party Transaction are fair and reasonable insofar as the Company’s shareholders are concerned.