Highly acclaimed author and visionary thinker Rachel Botsman (pictured above) will headline this year’s INFORM News Media Summit, as the annual conference rebrands and broadens its focus to encompass news media in all its forms.

Botsman is the global authority on the new era of trust. She studies and teaches how technology is transforming human relationships and what it means for life, work and how we do business.

In an era of fake news, Botsman will use her keynote at the event to explain why consumer trust is collapsing in all kinds of institutions and what impact the rise of ‘distributed trust’ will have on brands and media companies.

Botsman’s TED talks have been viewed more than three million times and she was named by Monocle as one of the world’s top 20 speakers.

She is a regular writer and commentator for a number of international publications including Harvard Business Review, The Economist, The New York Times, Wall Street Journal, Wired and The Australian Financial Review.

Botsman also provides commentary for CNN, the BBC, ABC, NPR and many other news outlets. She has also been a panellist on ABC’s Q&A program, with her most recent appearance last month.

The new scope of INFORM – previously known as the Future Forum – will align with the broad media interests of the publisher members of NewsMediaWorks: News Corp Australia, Fairfax Media and Seven West Media. 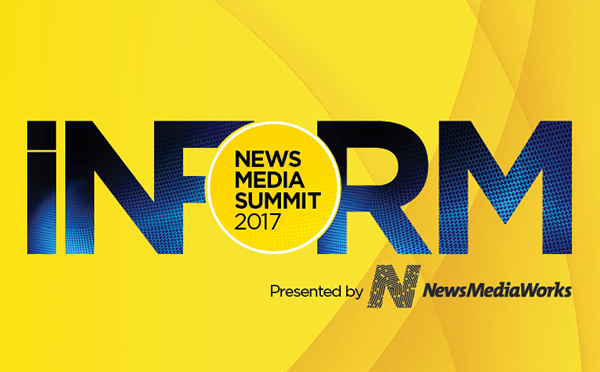 It will also feature discussion and participation from the wider news media sector incorporating print, digital, radio and TV.

This year’s event has been recast to provide greater opportunities to discuss platform agnostic news content and commercial strategies, and will introduce a greater depth of expert opinions to draw from to extend the appeal of the conference to the wider news media sector in Australia and the Asia Pacific.

NewsMediaWorks chairman Michael Miller said: “INFORM News Media Summit has been recast to reflect the integration of news media in all its forms, across print, digital, television and radio. It will illustrate the diversity of our publishers now and for the future media landscape in this region.

“This change will not only provide the opportunity for a diverse range of world-class speakers like Rachel Botsman, it will also better represent our news media industry and showcase our brands and culture of innovation.”