US clothing brand Abercrombie & Fitch is continuing to shed its “cool kid” vibe with the launch of its latest campaign, which is a celebration of body positivity and inclusivity.

In the past, the brand has come under fire for being exclusionary with its models and the audience it caters to.

However, A&F has turned a leaf with its latest campaign, featuring a diver cast of model, professional athletes, LGBTQ activists and artists.

Model Michael Robert McCauley appeared in the campaign, and took to Instagram to express what it meant to him to be part of the new campaign.

I’m Fierce AF! I'm so excited to partner with @abercrombie for the launch of their Fierce Family of fragrances! When I started modeling a little over a year ago I never would have believed you if you’d said I’d become an Abercrombie and Fitch model! Ok, secretly I would have because i dream big! 😜This partnership represents why I do what I do. Brands are finally waking up to what their customers ACTUALLY want and I’m honored to be at the front of this movement working with Abercrombie as we lead the industry for change. People want to see REAL people in the clothes they’re buying and I think most people can relate to guys like me. This isn’t a fashion statement. Beefy dudes are here to stay! I’m so proud to be a part of this amazing Fierce family and the new ANF. Together we form a special kind of family. So much more to come!!! #FACEYOURFIERCE #AbercrombiePartner #AbercrombieModel #ImanAbercrombieAndFitchModelNow!

A post shared by America’s Favorite Teddy Bear🧸 (@michaelrobertmccauley) on Feb 6, 2020 at 6:42am PST

“Brands are finally waking up to what their customers ACTUALLY want and I’m honored to be at the front of this movement working with Abercrombie as we lead the industry for change,” he wrote.

“People want to see REAL people in the clothes they’re buying and I think most people can relate to guys like me. This isn’t a fashion statement. Beefy dudes are here to stay!”

A&F shared in a statement: “Throughout the year-long campaign, cast members will share their experiences of body positivity, self-empowerment, determination, LGBTQ+ equality, gender equality, overcoming obstacles, and more, all to inspire customers to explore the unexpected and emotional aspects of inner strength.

President of global brands at A&F Kristin Scott said in a release: “Our goal is to inspire our customers to feel confident, be comfortable and face their Fierce.

“Face Your Fierce speaks to our values of authenticity, self-love, perseverance, and ultimately, the countless expressions of Fierceness our customers embody.” 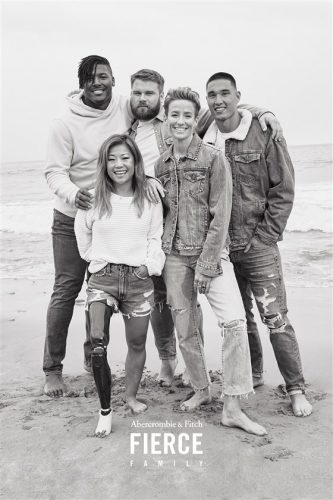 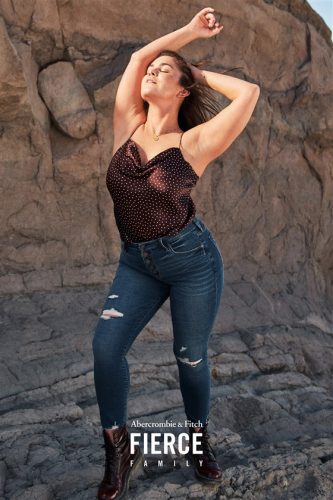 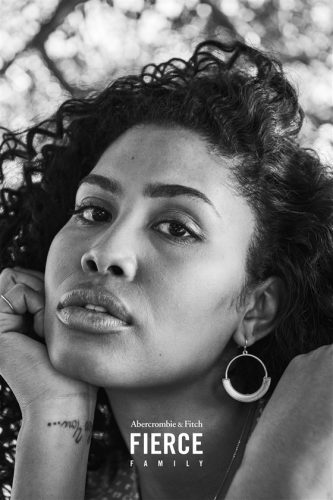 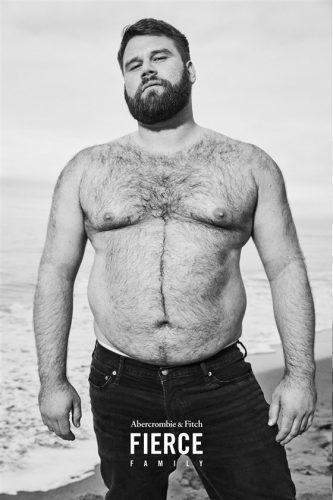 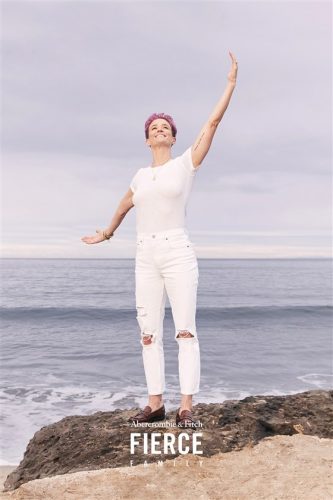 A&F has certainly changed its image in the last few years. In the ’90s and early ’00s, the brand’s ad featured a singular look: toned, tan and thin models.

“We don’t market to anyone other than that.”

He also faced backlash when he said who A&F did and didn’t want wearing its clothes.

“Candidly, we go after the cool kids. We go after the attractive all-American kid with a great attitude and a lot of friends. A lot of people don’t belong [in our clothes], and they can’t belong. Are we exclusionary? Absolutely.

“Those companies that are in trouble are trying to target everybody: young, old, fat, skinny. But then you become totally vanilla. You don’t alienate anybody, but you don’t excite anybody, either.”

A&F apologised for his remarks, and after Jeffries left in 2014, the company began to change its image.

Speaking of belonging … have you bought tickets to B&T‘s 2020 Changing the Ratio event?

The business case for diversity has well and truly been made. For the media and marketing industry, we know ads that accurately reflect the world we live in drive better business results. But the question is no longer why – it’s how.

Belonging is not just a way to drive inclusivity in our industry, it’s a way to move society forward. Changing the Ratio brings the Australian industry together to overcome biases (gender, cultural, age, disability and more) and discuss how belonging can create a more effective and innovative communications industry.