It’s called the Greta Thunberg Helpline and is “for adults angry at a child”.

The hilarious video begins with The Chaser’s Charles Firth sitting on a sofa. “Hi, I’m a middle-aged man with an embarrassing problem,” Firth declares. “I get irrationally angry at a Swedish girl who wants to save the planet.”

Check out the fun below:

THE GRETA THUNBERG HELPLINE:
For adults angry at a child. pic.twitter.com/JAtIKyG4Va

Even the wonderful Greta herself has re-tweeted the video: 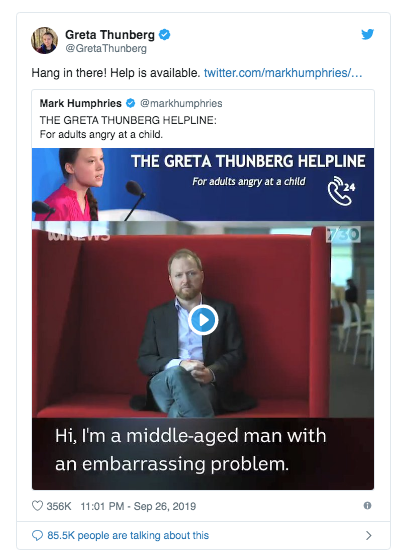 However, judging by some of the social media reaction to the video that was posted last night, it does appear some people actually DO need a Greta Thunberg helpline.

Check out some of the vitriol below: 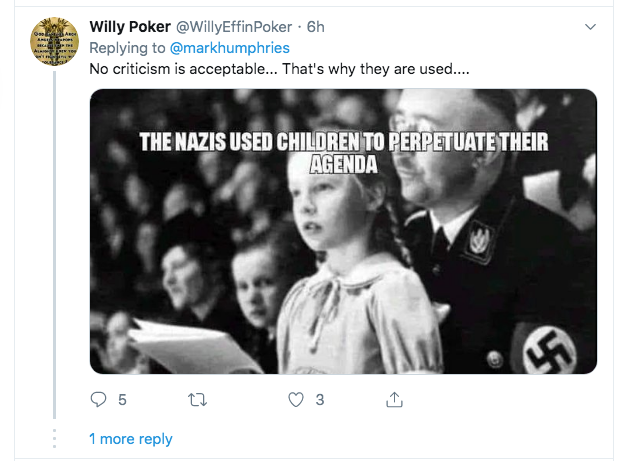 “I’m more mad the Left is using her as a shill. She’s completely incompetent when she’s not reading a script wrote by someone else.”

“I feel sad for her, that the adults responsible for her, who should want the best for her, exploit her in such a cruel manner. Whoever writes ‘her’ tweets, yes, you.”

“If the claims of climate change alarmists had any merit, they wouldn’t have to make them through a 16-year old sock puppet who nobody is allowed to challenge.”

“She’s not trying to save the planet. She’s pushing an ideology she believes in and financed by who will take advantage out of its implementation.”