Australia’s free-to-air TV players can expect more and more overseas competition (via the internet and set-top boxes) – particularly if mooted media law changes happen – but if they stick to what they do well then the future’s a bright one.

That’s the view of Paul Whybrow (pictured below) the former Foxtel executive and now media and entertainment lead at Capgemini. Whybrow believed it will be TV’s content creators and not TV’s content distributors that will win the day. 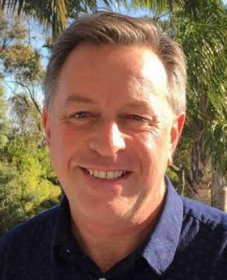 “If you look at TV the world over, it’s always local content that gets the most eyeballs. And that can be news, sports, locally-made drama, whatever; and it’s the free-to-air networks that do local content really well and that’s what will give them the edge,” Whybrow told B&T.

“Seven, Nine and Ten need to stay focused on what they’re good at and for those competitors who merely distribute content rather than make their own then it will be tougher for those guys. If you’re not producing the content yourself then you’ll struggle.”

Whybrow remains a staunch fan of the much-maligned TVC and dismissed rumours of its imminent demise.

“The 30-second ad is definitely not dead and it will never die. How it has changed is that it’s no longer the centre of everything and everything falls in behind it,” he said.

However, it’s the agencies, Whybrow urged, who needed to keep improving the creative to keep up with audience expectations.

“You can’t stand still. I think viewers are expecting so much more now, they expect a lot more from the creative; the days of simple TV advertising are over. Years ago we had these ads that told you things, that had no emotional aspect to them, those type of ads don’t resonate any more. If an ad just gives you information then people can find that anywhere these days.

“But ads that are fantastic, that come with a real emotional zing, they’ll become more prevalent. So from an agency perspective they need to be more creative not less. And sure, those ads cost big money but when you take those ads, when you’re directly reaching the customer, then the ROI will get there.

“Rather than being purely about numbers, marketers will want to reach segmented audiences. So whatever it is you’re selling, if you can reach your audience through all those other channels and the TV ad reinforces that then advertisers, I believe, will happily pay for that.

“Twenty years ago it was all about audience numbers and there was a lot of wastage. I think there’s a lot less wastage around the advertiser model in the way we reach our audiences these days,” he said.