Southern Cross Austereo’s chief content officer says the performance of all its breakfast shows in this morning’s radio survey results was promising and the upward bounce for struggling Sydney duo Dan and Maz was “marvelous”.

Speaking to B&T, Guy Dobson (pictured below) agreed that 2DayFM in Sydney had struggled – particularly in the breakfast timeslot – since the departure of Kyle and Jackie O to arch rivals KIIS in late 2013. However, he said the station’s tribulations weren’t borne from Gen Ys tuning out. 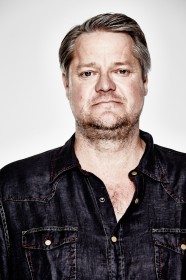 “Yes, we’re under no illusions, there’s still a lot of hard work to go,” Dobson said of the station’s national breakfast shows. “There’s green shoots there…  a lot of our breakfast shows around Australia are only 18 months to two years old and that’s an incubation period for breakfast shows, but we’re happy where it sits.”

Chasing a youth audience, are Austereo’s audience woes merely a reflection of most other brands trying to capture the illusive and fickle Millennial crowd?

“Do the under 25s still listen to (traditional) radio? Yeah, they do, absolutely,” he said. “The times for indices might be off slightly but… radio in Australia is still the number one device on which young people discover new music.”

Dobson cites many Australian radio stations huge salary spend on on-air talent as evidence of their commitment to attracting a Ys audience.

And so, are there any other hard and fast rules that radioland could regale to other marketers in attracting and retaining youngsters to a brand?

“We’ve got a below the line plan that we use online and we’re about to step up using influencers a lot; whether they’re going to be effective moving forward only time will tell, but it seems to be the thing to do. And we still use a lot of traditional media; things like outdoor, backs of buses all still work.

“Keep in mind we’re an advertising medium ourselves. We have a (drive-time) show like Hamish And Andy who drag in all-comers.  It’s about making sure if you’ve got them in drive you can recycle them back to breakfast; that’s a big part of what you have to do.

“Stations, including us, have spent a lot of money on talent over the years making us relevant as a medium to young people. We’ve managed to remain relevant in Australia and (the youth market) remains very important to us in the Australian market,” he said.